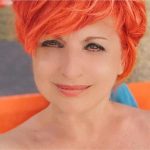 Is there a place in the world, where we can explore different continents in a couple of hours, where we can take a glance at how others live, and where we can learn something from the way we think and from our souls? Those who like movies can confidently answer this question with a yes. Since this wonderful genre is able to show us, let us feel and recognise things, or even introduce different points of views to us. And if all of this happens at a film festival, then we can be absolutely sure, that a place, where we can go on a really special and huge journey just in a couple of hours, exists.

This statement is definitely true for the winner movies that were screened at the Budapest Film Awards. On 25 August we had the possibility to spend three hours watching 8 short movies from the competition. This night was dedicated to the winners. It was not only the night of the best director, actor, editor, conception, vision, cinematographer, etc. but it was also a night of those lucky viewers who could watch these movies. Filmmakers from Israel, Palestine, the United States, Belgium, France, Germany and New Zealand presented us with incredible strength and professionalism what the world is really about nowadays. We travelled through the highest and lowest dimensions of beauty and pain, mercy and sin, building and destruction, humanity and cruelty.

The audience had barely any time to be bored while as soon as we got out of a certain movie’s world we immediately dropped into a totally different one. The room was filled with many people, still, we sighted and laughed together as we come and go in these unique worlds guided by these eight amazing films.

The Budapest Film Academy’s international short film festival demonstrated that movies are forever, and short films have a huge potential. And such a high standard film festival provides a great opportunity not only to the filmmakers but to the viewers as well.

At the end of the event, when Jenő Hódi, the director of the Budapest Film Academy, asked the audience to stand up, if they study film making, many people stood up in response. It was good to see, and it is nice to believe that in our world it is indeed necessary to have this means of communication, that movies are needed, and that there is no life without art.